The Kagera basin flows into Lake Victoria and as such it forms part of the Nile Basin. An extensive data base of climate and flows was available and was used to calibrate the HYSIM hydrological model to 22 sub-basins. Climate projections show that rainfall is projected to increase but temperature (and hence evapotranspiration) is also expected to increase. Whilst the two changes to some extent balance out, the increase in temperature still has important implications for the future of agriculture.

The Kagera River Basin and its tributaries flow within four countries (Rwanda, Burundi, Uganda and Tanzania). The Kagera River flows into Lake Victoria which in turn forms part of the Nile River Basin. The aim of the study was to assess the water resources potential of the basin and also to estimate the potential effect of climate change.

Figure 1 is a map of the river basin with the sub-basins used for hydrological modelling delineated.

The project team was provided with a climate and hydrometric data base developed in the Lake Victoria Environmental Management Program, Phase I. This included river flow, precipitation, temperature and other variables such as wind speed, sunshine and relative humidity needed to calculate potential evapotranspiration. Data were available up to the year 2000.

The methodology was based on use of a hydrological model, HYSIM (in its monthly variant). A hydrological model requires continuous input data so gaps in the data had to be infilled by reference to nearby stations with data.

Temporal infilling is standard option from the HYSIM program.  The program does this as follows:

Even when all stations with data had been infilled there were still large parts of the basin without measurements. To complement the observed values, data on a 10’ geographical grid from the Climatic Research Units of the University of East Anglia were also used.


A similar process was used for other climatic parameters.

The data base of rainfall and precipitation were used with the HYSIM hydrological model to simulate river flows in the basin. Flows were simulated for each of the 22 sub-catchments that are shown on figure 1.

The following figure shows the simulated and observed flows for the Rivubu at Gitega.

For most of the time the simulation is good however the accuracy drops off markedly after the early 1990s. Whilst the data base is good up to the end of the 1980s the number of climate stations becomes much fewer for the later years and this can be considered to explain the change in accuracy.

The A1B scenario has a balanced emphasis on all energy sources. It is generally considered to be the projection of temperature that might occur in the absence of any international agreed and binding protocol to reduce carbon emissions. This scenario was therefore used.

The choice of models was based on those listed on Table 6 of the IPCC “General Guidelines on the Use of Scenario Data for Climate Impact and Adaptation Assessment”, Version 2, June 2007.  Seven models were listed. The projections were based on the average of those models.

The following figure shows the current average annual temperature in the basin and the projected temperature for two different time horizons 2020 to 2049 and 2070 to 2099.

The overall conclusion was that the increase in precipitation would counter-balance the increased potential evapotranspiration at a basin level but for individual sub-catchments the picture was more complex. Even though the overall water balance might be the same the higher temperature had implication for the types of crops which could be grown and the amount of irrigation required. 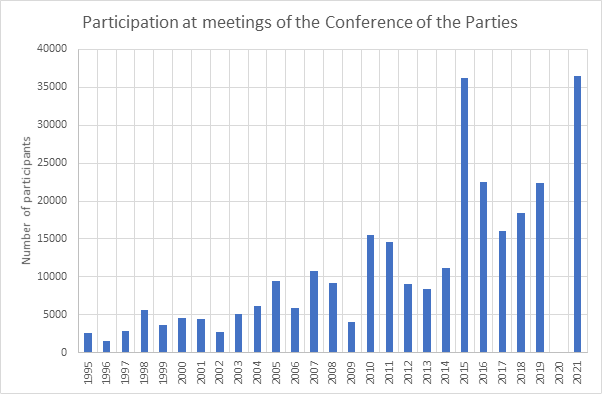